Who is Fr. Bill Atkinson?

Father Bill Atkinson was a student at Bonner (class of '63) who later became a saintly Augustinian priest and a Bonner faculty member. He was also the first paraplegic priest ordained into priesthood, and may soon be recognized as a saint! 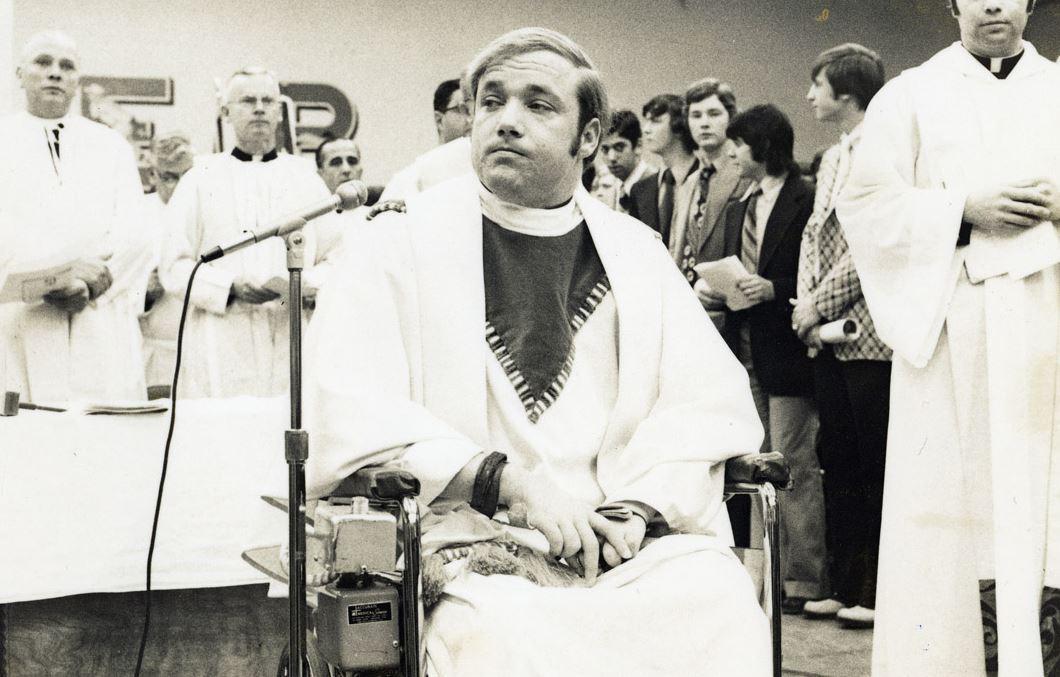 Father Bill spent a year as a postulant at Augustinian Academy, Staten Island, NY, and entered the Order as a novice at Good Counsel Novitiate, New Hamburg, NY, September 9, 1964, and it was during that year that Bill had a tobogganing accident on February 22, 1965, that left him almost completely paralyzed from the neck down, with limited movement of his head, neck, shoulders and arms. He expressed his wish to continue as an Augustinian, and so he came to St. Mary's Hall, Villanova University, the Province's Collegiate House of Formation.

With a special dispensation from Pope Paul VI, Father Bill was ordained to the priesthood at his hometown parish of St. Alice's in Upper Darby, PA, on February 2, 1974, almost nine years after the accident that left him a quadriplegic. His first Mass was celebrated at the Fieldhouse at Villanova University.

From 1975 until 2004, almost thirty years, Father Bill was stationed at Monsignor Bonner High School. At Bonner, he taught theology, mostly to the senior class. He was assistant school chaplain, senior class retreat coordinator, moderator of the football team, and the director of the after-school and Saturday detention program, known as JUG, Justice Under God.

Father Bill was known for his wonderful sense of humor, except in the classroom. His mere presence created discipline, order, and control. He was known to be an excellent teacher, encouraging moderator, and compassionate confessor.

He is now in the process to become a recognized saint of the Catholic Church, as several local miracles have been attributed to his intercession.

As part of the effort to gather information for the “Cause of Fr. Bill Atkinson OSA," we are asking anyone who knew Fr. Bill to contact us and relate what you know about Fr. Bill, and especially how he affected your life. No story or encounter is too “small” to help in this effort. Whether you met him at Monsignor Bonner High School or at Archbishop Prendergast High School, or at any of the parishes where he celebrated Mass or any of the Sacraments, please give your contact information to us, the Historical Commission for the Cause of Fr. Bill Atkinson, OSA, by e-mail at: [email protected] or by telephone message to: 610-519-6937. Thank You!

Read more about Father Atkinson and the cause for his canonization into sainthood.

Father Bill's Poem - The Strength of Others

Contribute to the Cause

Father Bill in the News

Sainthood Cause for Paralyzed Priest Officially gets Under Way - CatholicPhilly - April 25, 2017

Quadriplegic Delco priest is on the path to sainthood - Philadelphia Inquirer - May 25, 2017﻿ 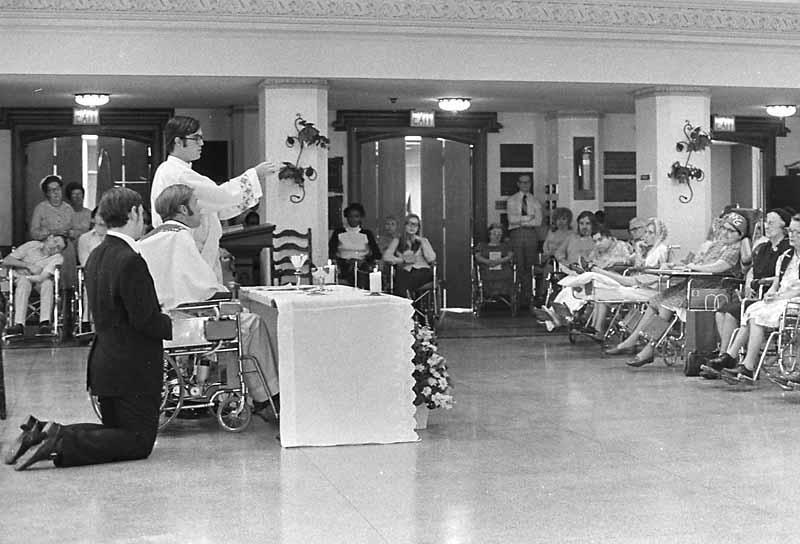 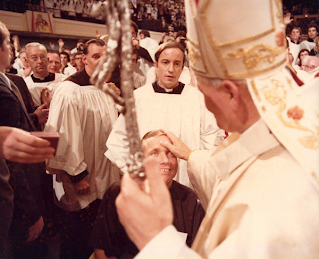 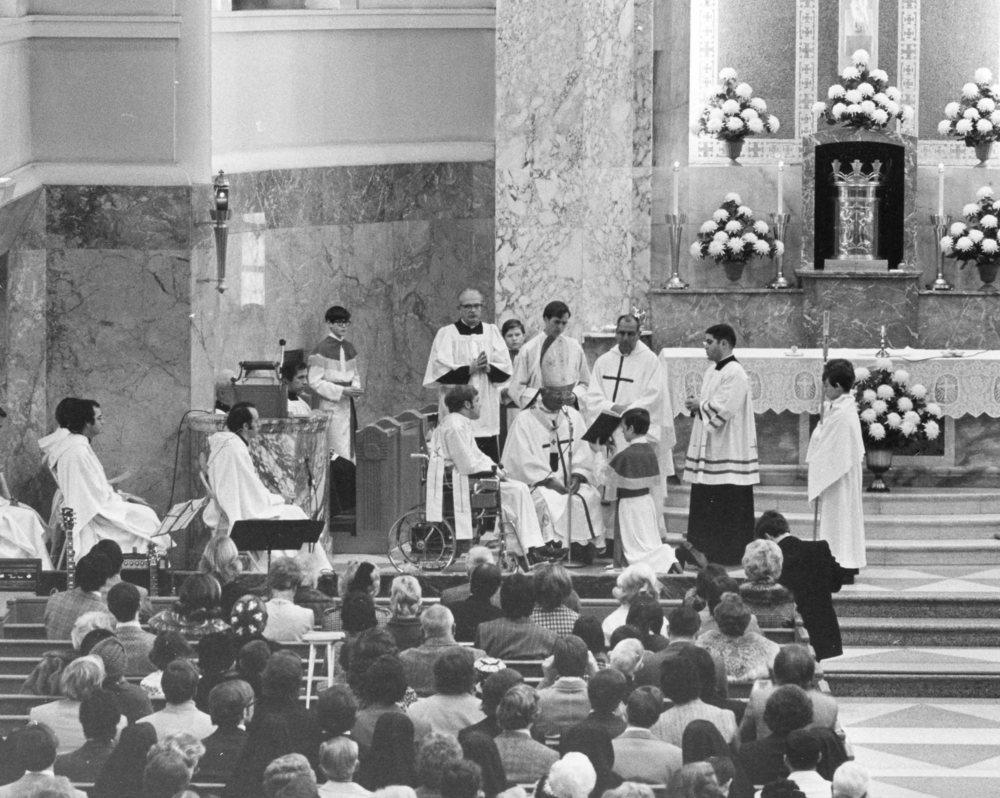