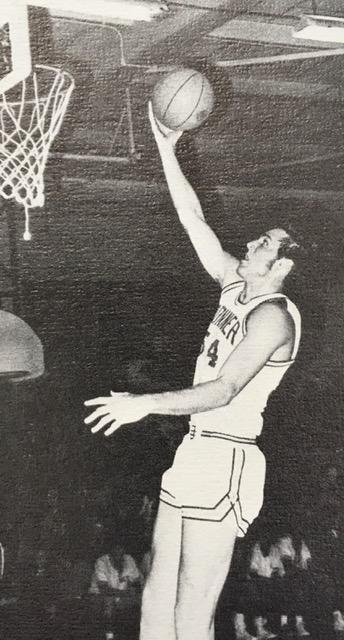 On Monday, September 19, 2022, the Mike Stack Committee will host the 7th annual Mike Stack Golf Outing, benefiting Bonner & Prendergast Catholic High School students.
Who was Mike Stack ‘72?
Mike Stack was the second son of Jack and Helen Stack and the middle child among the 5 Stack children. He grew up in Drexel Hill and went to St. Andrew’s elementary school, Msgr. Bonner High School and finished his education at Villanova University with a degree in marketing.
From St. Andrew's School to Bonner to Villanova University, Mike was a star on the basketball court. Among his many accolades, Mike was named the 1972 Most Valuable Player of the Catholic League Southern Division.
"The 1971-72 Bonner Basketball team, led by co-captains Mike Stack and Ed Stefanski, was one of the finest teams in the history of the school," Bob Cordaro, a friend, and classmate shared. "They finished 14-2 in the regular season winning the Southern Division of the Catholic League.”
Mike continued his basketball career at Villanova University where he served as co-captain of the 1976 Wildcat team. After graduating from Villanova in 1976, Mike settled down with his wife, Cecy. The couple soon welcomed a daughter, Kerry. A lifetime entrepreneur, Mike eventually created a business that sold customized promotional merchandise to schools and companies.
In 1979, Stack and Stefanski teamed up once again at Bonner as the varsity basketball assistant coach and head coach. In 1983, their team won the Catholic League Championship, the school’s first since 1960. Ed Stefanski shared these thoughts about his playing and coaching partner, “Mike Stack was a player that was way ahead of his time. He was unique because he was a big man who could play away from the basket. Mike had a good handle, was an excellent passer, with an elite basketball IQ. His understanding of how the game should be played was invaluable while he was coaching the 1983 Championship team”.
Sadly, Mike developed esophageal cancer in the fall of 2004 and passed away at age 51 in May 2005. Of the many remembrances of Mike, Villanova men’s basketball coach at the time, Jay Wright, stated, “Mike Stack has been a part of the Villanova basketball family every day since he first stepped on campus. As a player, he was passionate and loyal to his coaching staff and teammates. As an alumnus, his loyalty grew along with his passion for every coach and every player that was part of the Wildcat family.”
Launching the Mike Stack Golf Outing
In early 2015, a group of Mike’s friends, along with Mike’s brother, Father John Stack, OSA ‘65, discussed the idea of hosting a golf outing at Llanerch Country Club to raise money in Mike’s honor for scholarships at Bonner & Prendie. From these discussions, the Mike Stack Memorial Scholarship Fund was created.
Shortly thereafter, a committee was formed with the goal of hosting the first Mike Stack golf outing in September 2015. The first committee included: Jim Brophy ‘72, Father John Stack, OSA ‘65, Jack MacDonald ‘68, Ed Stefanski ‘72, Kevin Lake ‘73, Jake Conaboy ‘72, Joe ‘72 and Maggie O'Neill, Bob ‘72 and Patty Cordaro, and Scott Fremont ‘98.
Jim Brophy ‘72, friend and current member of the committee recalls how it all started. “In March 2015, we sent out an email announcement to over 200 people and, in a matter of minutes, we received our first registration from Tom Melchionni, one of Mike’s teammates at Villanova. Every outing has been a success due to the love and respect that we all have for Mike and the Stack family.”
Scholarship Impact
Now in its 7th year, the Mike Stack Golf Outing has raised over $200K, allowing the committee to grant 94 scholarships through Mike’s scholarship fund. Depending on the need, Bonner & Prendie recipients of the scholarship receive a grant of up to $3,500 toward their tuition.
The committee recently announced 15 new scholarship recipients for the 2022-23 academic year. "We look forward to awarding the 100th scholarship next year," Bob Cordaro said. "All of the supporters of Mike’s scholarship fund are proud of the impact these scholarships have on the lives of Bonner & Prendie students and their families. Scholarships create opportunities.”
Since its inception, Colin Liberatore ‘06, Eddie Johnson ‘00, and Patty Martin ‘74 have joined the Mike Stack Committee.
Mike Stack Day includes lunch and golf at the beautiful Llanerch Country Club followed by a cocktail party and dinner for golfers and non-golfers.
To view the September 19, 2022, Mike Stack Day itinerary or purchase tickets, CLICK HERE.