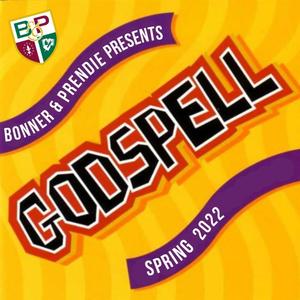 SHOWTIMES: Thursday, April 7 to Saturday, April 9 @ 7:30 PM, Sunday, April 10 @ 2 PM
PRICE: $13 Per Ticket (Proceeds underwrite the cost of production)
This April, the Bonner & Prendie Theatre Program will feature the student production of Godspell. Nearly 75 students are either acting in the performance or behind the scenes working on the stage crew.
"One of the cool things about Godspell is it changes with the world," Patrick Walsh, Theater Program Director and Director of Admissions, said. "It was exciting to realize we could create a unique production of this show."
Bonner & Prendie's Godspell will take place in Philadelphia's Love Park. First released in the 1970s, Godspell originally had a hippie theme. Students built a three-step replica of the Love Park fountain for the stage to make the storyline relatable. During challenging times, Godspell shares a message of unity and community-building. "We wanted to tell this story from our city of Philadelphia to show we can be a part of creating positive change," Patrick explained.
Patrick participated in the theater program for four years as a Bonner student, from his freshman to senior year. In 2014, Patrick volunteered to direct student straight play productions before joining Bonner & Prendie on staff full-time in the Admissions Office in 2017. Since then, Patrick and his alumni staff have helped students produce two musicals and one play annually. Patrick is grateful to the following alumni who dedicate their time to making each student production a success:
Meggie (Murphy) Gribbin '99: Music Director
Michael McKenzie '70: Technical Director
Nicholas Spica '12: Set Design/Carpentry
Trevor Dunbar '15: Lighting Director
Patrick Hamlet '09: Conductor of the Orchestra
During the Saturday, April 9 performance, Bonner & Prendie will honor the recently deceased Maurice "Buddy" Hamel, the theatre director at Bonner & Prendie, beginning in 1980 with The Sound of Music and retiring after Thoroughly Modern Millie in the Fall of 2012.
"Theatre is a great outlet for students to explore their creative side," says Patrick. "It allows them to be bold, work together, and gain new skills like teamwork and public speaking."