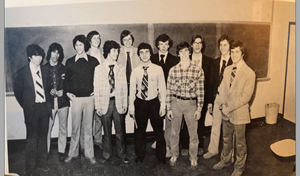 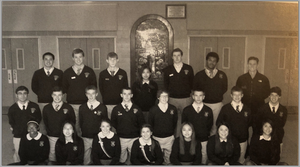 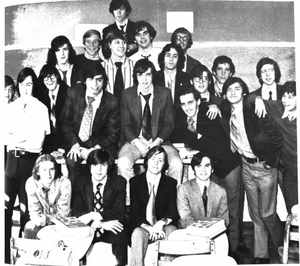 Mathematics, the science of structure, order, and relation that has evolved from elemental practices of counting, measuring, and describing the shapes of objects. It deals with logical reasoning and quantitative calculation, and its development has involved an increasing degree of idealization and abstraction of its subject matter.

This is one subject that many Bonner students have excelled in throughout the years. And one such group in the school where these students can show their excellence is the Mathletes

The Mathletes was born in 1968, consisting of juniors and seniors throughout the Archdiocese of Philadelphia who shared a talent in mathematics for the purpose competition. The league consisted of over 30 high schools (diocesan and private) broken up into divisions. Bonner’s participation started one year later (1969) and the boys did not disappoint. During those first two decades, Bonner Mathletes dominated the competition. They won their division 13 times and were crowned champions 11 times. The group continued to dare well into the 1990s and continues its competiveness today, having combined with Archbishop Prendergast in recent years.

But it is to the credit of Monsignor Bonner’s Math Department of yesterday ad today that has continuously managed the Mathletes as a successful group, as well as inspiring student to shine. With teachers and moderators from the past (Vent, Donohue, Celidonio, and Docherty) to the present (Farren, McShane, Dolceamore), these educators are a guiding light to the students and prepare them not just for these everyday challenges at Bonner, but also later on in life.

Many graduates went on to great things after Bonner as a result of the superb influence of the math department. Bonner is proud to have successful stories of professionals from all walks of life – from Actuaries, CPAs and Financial Advisors to CTOs/COOs/CEOs of companies … from Calculus/Physics/Engineering teachers and professors to NASA Flight Directors, the list goes on.